GIVE A FAVOUR AS A GIFT

Everyone can use a favor. The perfect gift for holidays, birthdays or any occasion. A gift as unique as the recipient. 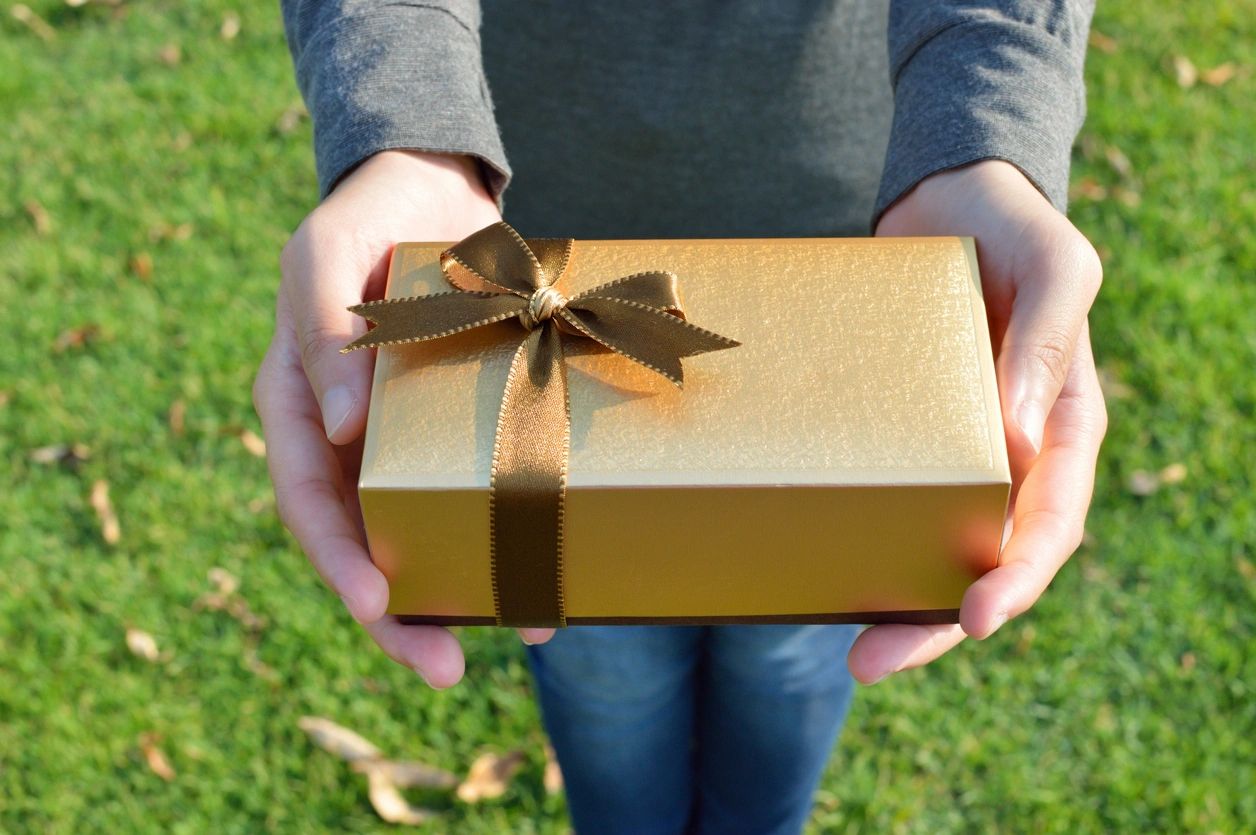 Better Than Money = Favours are Social Capital That Changes Lives

Nothing is as unique as a favour. A favour is a personal service or an act that is granted to another person out of kindness and goodwill. Now you can give a favour as a gift.
You can buy a Favour Certificate which is good for one year. Once you have certified and registered your certificate, you can give it to anyone. The buyer can only give it as a gift - never requesting anything in return. And it is a gift that spreads joy. It enables the certificate holder to request a favour from anyone.  Of course the requested favour is nearly certain to be granted - because the person requesting it can give the Favour Certificate in return for the favour.  Then the person who granted the favour can ask someone for a favor and becomes a beneficiary. And the chain of favours can go on for year. It's like barter - favour for a favour. Your gift of a Favour Certificate may result in hundreds of favours.

$10,000 Award. Every person who received a favour using a FavourPower Certificate is eligible to win up to US $10,000 by telling us the story about their favour and how it impacted their life. Staff of the World Favour Foundation, a non-profit organization, will judge the entries and pick the winner which will be announced on December 31, 2021. There is also an award for the grantor of favours who had the most impact which could be from the granting of one favour or dozens of favours.  An award for people who do good deeds.

Favours are a powerful source of kindness and humanity. They can be quite valuable - if you can ask the right person. Or, if the right person asks you. We made favours even more valuable by expanding their use.

Naturally, it's easier to ask for a favour when you can give something in return. And its easier to grant a favour that's requested if you know the person asking can provide a useful favour in return.  However, everyone has experienced the reluctance of asking and the discomfort of being asked.

Favours are a form of currency that have been in use since the dawn of civilization. In essence, favours were the first currency. Favours involve social capital. This is not government backed money. This is people backed.  Favours are the manifestation of kindness and goodwill. You don't do a favour for someone to gain financially. You do it to help someone achieve something that is important to them. A favour can often start or enhance a friendship.

Every favour done is unique and different. The common element is goodwill.
HOW IT WORKSAsking for a favour can be uncomfortable - even if you're asking family members. You expose yourself to rejection. However, you can greatly increase your chances if you have something to give in return. That's how Favour Certificates work. If you have a Favour Certificate you can give it to someone in return for a favor. The recipient will be eager to help you because they know they can then use the Favour to ask someone else for a favour.

WHAT CAN YOU GET FOR A FAVORYou can ask for anything. But be reasonable because if it is too much trouble the grantor will either decline to grant you a favour or may ask for more Favour Certificates to do it. Generally, one Favour can get you about an hour of someone's time and attention or something equivalent.  Remember, Favour Certificates s are not "legal tender" and therefore cannot be used to pay taxes or to buy things that dollars or euros can. Most commercial businesses will not accept Favour Certificates. But the owner might "do you a favoor" as a personal matter.

Click here for a list of things favours could be used for. You may think of many others. Contact us and let us know what favours you have asked for in return for a FavourCertificate. You can win $10,000 if your story is chosen by the judges.

Be the first to hear about what's new with Favours.

Put the power of a favour in your hands